Russian Federal Children’s Centres Artek, Orlyonok, Ocean, and Smena together with national partner-centres Zubryonok (Belarus), Baldauren (Kazakhstan), Children of Mongolia and Russian movement of schoolchildren from Sevastopol (Crimea) gathered together to share stories about children, whose social initiatives had actually changed the world. All in all, 200 children took part in the event. “In modern times, it is very important for us to talk about those who are able to express their willingness to help others selflessly. If children get to know such people among their peers, it shows them that we might change the world on our own initiative every day. The stories we have heard today really inspire positive changes, help us to believe in our own strength and in the importance of good deeds. We should all look up to the best and take an example from those who, in difficult times, showed the most powerful personal qualities — honor, courage and indomitable spirit,” Alexander Dzheus, the director of Russian Children’s Centre Orlyonok, said. During the online meeting, the children discussed the importance of children’s initiative, and also talked about peers whose initiatives helped make the world a better and kinder place. For example, the campers from Artek recalled the story of an American schoolgirl Samantha Smith, who became the youngest goodwill ambassador. In November 1982, ten-year-old Samantha wrote a letter to the Soviet leader Yuriy Andropov to find out why the relations between the United States and the USSR were being so tense. Her act gave rise to the warming of relations between the United States and the USSR.

The campers of Baldauren introduced the winner of the essay contest “A world without nuclear weapons” Akmaral Manapova. The girl had received an award at the hands of the mayor of Nagasaki city (Japan) Tomihisa Taue.

The campers from the Russian Children’s Centre Smena presented a story about Katya Lycheva, a Soviet schoolgirl who visited the USA in 1986 with a “peace mission”. The girl met with the USA President Ronald Reagan. That trip was widely covered by the Soviet media.

“I was talking about Lilia Glushko from the Republic of Crimea, a camper of the 2019 “Warm Hearts” session. I was impressed by her story. The girl became an author of a project aimed at preserving the memory of the heroes who died in the II World War. It’s great to know that Lilia Glushko is also an Orlyonok camper, like me. I am glad that camp is a place to host such initiative young people, who have an active civil position from a young age. This really gives us an inspiration for achievements, and fills us with confidence that everyone is able to contribute to the establishment of peace, harmony and the habit of mutual assistance between people,” Yana Efimovskaya, an Orlyonok camper, said.

At the end of the meeting, the children proposed to post stories on social networks under the hashtag #MyBeautifulHomeland. 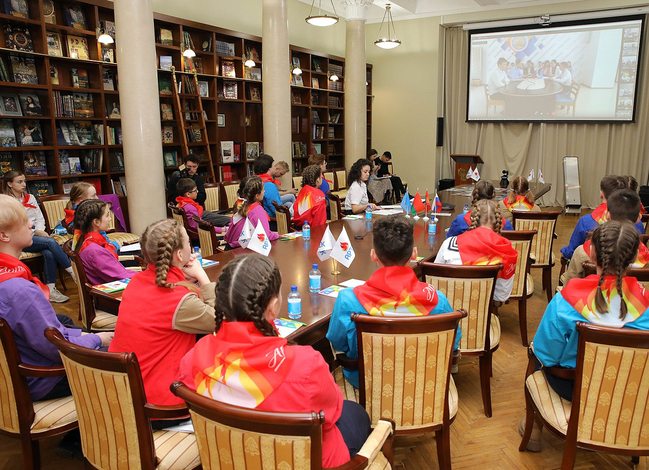 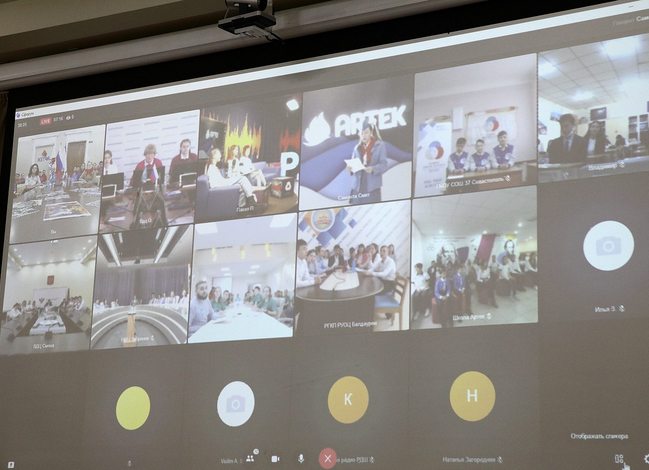